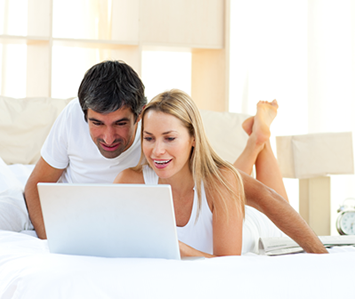 16/10/2021 3:15:57
We stayed here for 9 nights in july. The stay started off good but towards the end we had a horrible experience and the way the staff and management handled it was absolutely ridiculous! One day after the shower i realized that the new towel (still folded and untouched since the daily cleaning) was smelling really bad when i was drying off my hair. I then discovered that there's a brown stain of feces on the towel. Like actual shit, on the "new" towel that i was drying my hair with!! I call the reception, they send up a lady with a new towel who says something about the "lavanderia". Not even an apology. So i go down to the reception with the disgusting towel and tell the girl working that look, i don't wanna make a scene so let's not talk at the front desk. I show her the towel and she's disgusted by it as well since, well, there shit on it!!!! Then she and the cleaning lady starts discussing and blaming the laundry place, "the lavanderia", and she apologizes. I said i wanna talk to the manager because this us absolutely unacceptable! But for some reason that was impossible. Even tho she called the manager infront of me but she wouldn't let me speak to the manager myself. I said i want compensation for this. This is supposed to be a 4 star hotel and you have you guests litterally getting feces on them by dirty towels! The manager refused compensation or refund according to the staff. Because she apparently implied that we might have done this ourselves and made the whole thing up just to get free nights. Absolutely horrible and disgusting to even imply something like that. Worst costumer service EVER! I was ready to take the refund and leave the hotel and go to anothwr hotel for the last nights. But they refused. She then said they could compensate us with a free dinner at their restaurant. What a joke! That dinner cost just over 1 euro to add when booking the room. This was absolutely terrible and unacceptable. And yes, i have both pictures of the towel and recordings of the conversations with the reception staff for 2 days while trying to work this out, including when showing the staff the towel in the reception, and where they kept saying that the manager refuses any kind of compensation or refund because we might have done this ourselves. In the end they offered 2 hours in their "spa" which was basically just an indoor pool and 4 drinks at the bar. This was like a bad humiliating joke! They then said you can email the manager and explain everything again on email maybe she will understand the situation better and change her mind. I thought that I'd give them an extra chance to make things right. It's been now more than 2 months since i sent that email and still got ZERO response. So here you go. You wanna accuse me of doing something this disgusting and try to put the blame on me and then just ignore me? Fine, Now it's gonna be in every review i write about this hotel on every single place i can. I have been to 40 countries and over 100 hotels. I have NEVER EVER seen the likes of such horrible costumer service and such bad behavior from management! Not even at a hostel!
MANUELA RUIZ CARBALLO
Spain

Help us to improve

Easiest way to get to the Hotel Príncipe
+ info 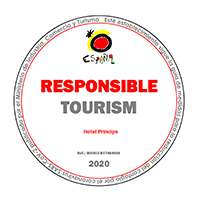 Let us analyze the use of the web to improve performance.

The use outside companies to publish ads relevant to their interests.

It is required for the proper functioning of the web.